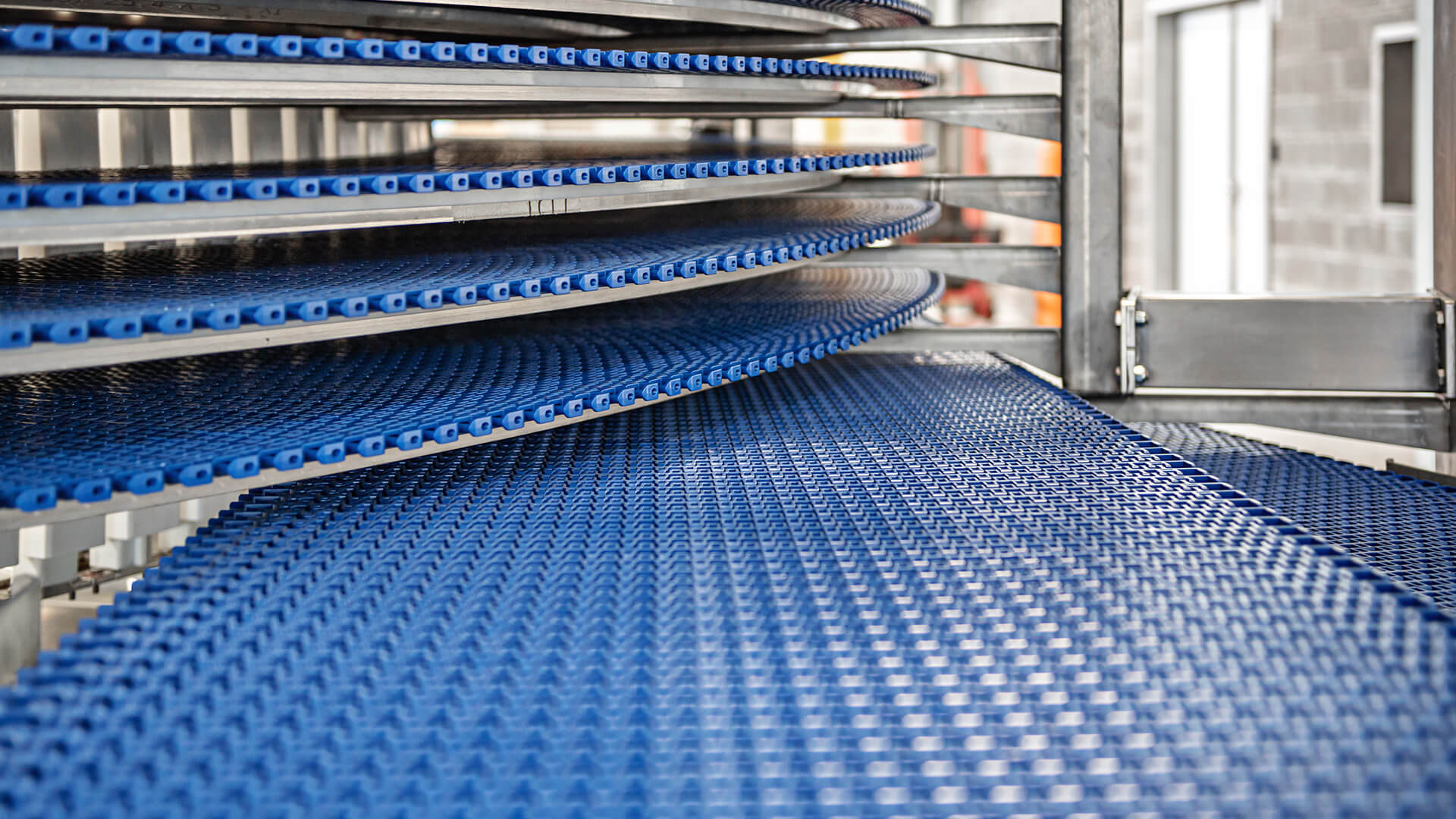 Traditionally, the food industry has used spirals built with metal conveyor belts. But, with the passage of time, these belts suffer from wear and deformation, which, when they need to be replaced or repaired, require time, impacting directly on the production line. In order to overcome these disadvantages, we resorted to the use of a belt with the longest useful life for the manufacture of our spirals, highly hygienic, that does not accumulate bacteria during the process and at the same time does not cause unexpected stops, with the objective of improving the production of our users. Intralox developed an innovative system of plastic belts for spirals, which allows unique configurations obtaining, as mentioned, benefits both for the products and the production line.

During food processing, conveyor belts play a fundamental role, since any impact on them can mean lost production hours. As we mentioned, plastic belts solve certain inconveniences compared to metal belts, thanks to the benefits they provide:

In Abreu we have an engineering team that works together with each client, advising them in order to develop the machinery that meets their specifications and needs, maximizing the production performance and, at the same time, optimizing the floor space in the plant.

If you have any questions, we invite you to contact us.